Grounds for an Annulment in Georgia 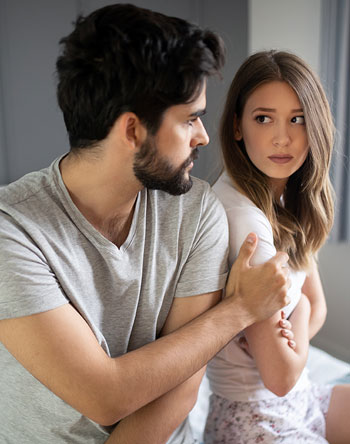 In Georgia, your marriage can be annulled if it is “void,” meaning that it is prohibited by law or never had the potential to be valid. The reasons, or “grounds,” for annulment are:

Even if one of the above circumstances exists, it’s possible that you may not be able to get an annulment. For instance, if you were misled into marrying your spouse because of fraud but you chose to live with your spouse in a marital relationship even after you learned about the fraud, then you’ve “ratified” the marriage and it can’t be annulled. The reasoning is that you were the wronged spouse, but you chose to waive your complaint when you opted to live with the person who wronged you.

How Do I Get an Annulment?

If any of the above grounds exist, then the marriage is void and can possibly be annulled. You or your spouse have the right to petition for (request) an annulment. If the case concerns an underage person who married without parental consent, then that parent (known in Georgia as a “next friend”) has the right to file the annulment petition.

Annulment proceedings follow the same rules as divorce actions, so you’ll need to learn and follow the rules for pleading (creating the correct documents), service, and procedure. If you are the spouse who wants the annulment, the first step is to file and serve a petition for annulment. If your spouse files an answer (response) opposing the request, you may possibly have a right to a trial by jury.

If you’re thinking about asking for an annulment, it’s a good idea to talk to a lawyer first. In addition to the custodial and child support issues you’ll face if you have kids, there could be very serious financial ramifications for you when the court divides assets and debts. You will also want to discuss any possible statutes of limitations with an attorney to make sure you don’t miss any deadlines

Effect of an Annulment

In Georgia, an annulment has the same as the effect of a divorce – both parties become single again and can remarry.

Some people worry that if their marriage is declared void, the paternity of their children will be called into question. This is not an issue in Georgia, because Georgia absolutely prohibits annulment in cases where the parties have children or are already pregnant. Thus, if you have children, you’ll have to go through divorce proceedings, where a judge will decide custody, child support, and visitation.

Georgia also has a statute on the books which says that the children born as the product of a void marriage, before it’s annulled, are legitimate. This is additional protection for such children.

Many state courts don’t have statutory authority to award alimony or divide property or debts as part of an annulment case. The logic behind this is that there cannot be a marital estate if there wasn’t a valid marriage. But Georgia is slightly different. Georgia courts can equitably (fairly) divide a couple’s joint property and debts when they decide an annulment case.

George courts cannot, however, award permanent alimony because alimony is a remedy available from one former spouse to another, whereas an annulment says that the parties were never spouses at all. Nonetheless, a Georgia court does have the discretion to require the wealthier spouse to help the poorer spouse pay attorney fees sufficient to enable the poorer spouse to continue litigating the case.

If you and your current spouse need an annulment, please contact our firm today!

Don’t Fight Alone! We Are Here To Fight For You!