The Law Offices of Torris J. Butterfield and Associates, P.C.

The Law Offices of Torris J. Butterfield is a general practice law firm focusing on Criminal Defense and Personal Injury cases including, but not limited to, automobile accidents, medical malpractice, and wrongful death cases. The firm’s founding partner is Torris J. Butterfield. Since being admitted to the Georgia Bar in 1997, Attorney Butterfield has worked tirelessly on behalf of citizens charged with Felony and Misdemeanor crimes. In 2004, Attorney Butterfield began to specialize in Personal Injury cases and he has obtained spectacular results for clients that where injured due the negligence of others. 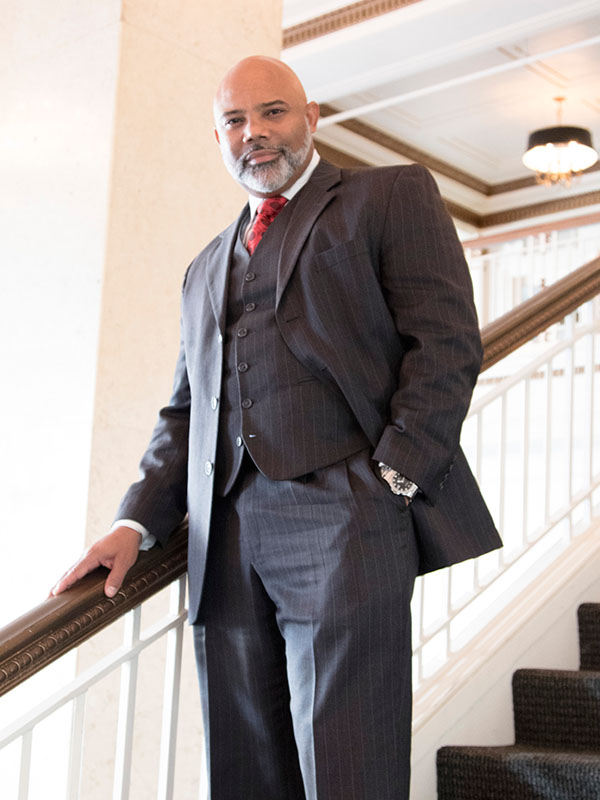 While at Fort Valley State College he earned a distinguished record in the academic community. He made the Dean’s List every quarter from 1989 to 1993; was named to the Honor’s Convocation from 1989 to 1993; named Greek with the Highest Grade Point Average in 1993; received the Ralph P. Malone Scholarship in 1990; was listed in the book “Who’s Who in America’s Colleges and Universities” in 1992; received the Blue Tip All-American Scholar Award in 1992. He was also selected to the Alpha Kappa Mu National Honor Society, and he is a lifetime member of the Alpha Phi Alpha Fraternity Incorporated. In 1993, Torris graduated at top of his class as the Summa Cum Laude. While at the Mercer University School of Law, Attorney Butterfield was named by his classmates as “The Best Person to Represent You in a Criminal Case.”

Torris is an experienced and highly successful litigator with many years of successful trial and appellate work. He has litigated literally hundreds of criminal cases since 1997. Several of his cases have been reported annals of the Supreme Court of Georgia and the Court of Appeals of Georgia. He is owner, president and CEO of The Law Offices of Torris J. Butterfield & Associates, P.C., which is a full service law firm Criminal Defense, Personal Injury, Medical Malpractice and Wrongful Death throughout the state of Georgia.

Prior to going into private practice, Torris worked as a Senior Trial attorney for the Fulton County Public Defender’s Office, where he was engaged in the practice of Criminal Law. He was responsible as lead counsel for major felonies, multiple defendant and complex cases before the Fulton County Superior Court and the various appellate courts of Georgia. He was responsible for all aspects of major felony criminal defense including discovery, investigation, motions, witness interviews, trial and appeals.

Attorney Butterfield’s Legal Career
In The State of Georgia

Attorney Butterfield began his legal career in the State of Georgia as an Assistant Public Defender with the Fulton County Office of the Public Defender. By the time he left, he was a Senior Staff attorney. During his tenure there he represented clients charged with felonies, and delinquent acts in both county and juvenile courts throughout Fulton County. Attorney Butterfield has extensive experience in the area of criminal law and he understands the intricate details of the criminal justice system. Since establishing his law firm, he has expanded his practice to include the representation of clients charged in both state and federal courts throughout the entire state of Georgia, including Fulton, Dekalb, Cobb, Douglas, Gwinnett, Rockdale, Spalding, Cherokee, Tift and Bibb counties. He also practices at the appellate level by representing clients in state criminal appeals.

Attorney Butterfield is a very seasoned and experienced trial attorney. He absolutely loves all aspects of trial from jury selection to jury verdict. Attorney Butterfield is a criminal defense expert and he has handled thousands of criminal cases, both felony and misdemeanor, since 1997, and he has handled nearly every type of criminal case, including double murder, rape, armed robbery, theft by shoplifting, theft by taking, theft by conversion, false statements, dui, speeding, trafficking cocaine, possession of cocaine with intent to distribute, possession of marijuana (misdemeanor and felony, and with intent to distribute), child molestation, child pornography and exploitation, pimping, identity theft, identity fraud, financial transaction card fraud, and many others.

The ability to try a case before a jury has made Mr. Butterfield a formidable opponent against insurance companies in his personal injury cases. Many lawyers are afraid to go to trial and they settle cases for amounts that are far less than true case value. They are afraid of the courtroom because they do not know what to do once there. Mr. Butterfield loves nothing more than standing before a jury and telling his client’s story. He becomes familiar with the cases by reading every document, going to the scene, taking photographs, interviewing witnesses, and preparing for battles to be fought in court. Mr. Butterfield attempts to learn “every scale on the hide of the fish.” This is the type of work ethic that separates Mr. Butterfield from the typical, garden variety attorney. Mr. Butterfield understands that you MUST be dedicated, diligent, and determined to obtain satisfactory results.

Attorney Butterfield is married and has two children.

Let Us Be Your Avid Warriors For Virtuous Results!